For years researchers have been looking for sustainable energy sources to replace fossil fuels. For more than a century the world’s population has been dependent on fossil fuels as the primary energy source.

Unfortunately, that comes at somewhat of a price, with all of the emissions that are produced by the burning of all that fossil fuel. The purpose of this article is to describe to you, the reader, that there are some alternatives to fossil fuels.

Below is a small list of the ten we came up with. 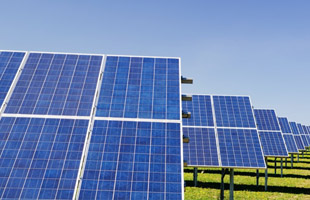 Harnessing and harvesting energy from the sun can be a useful alternative. The sun’s energy can be converted into electricity using large solar panels mounted on homes and even large structures. These can be very effective in areas that have long periods of direct sunlight exposure. The electricity produced by the solar panels can be stored in batteries so that the energy can be used when the sun is no longer available.

The radiant heat of the sun’s rays can be used to heat water and also to cook food. The secondary downside to solar energy is that the initial cost is rather high in order to set up a large- scale solar energy collection operation. 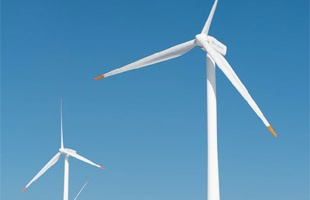 Wind energy is produced by harnessing the power of the wind in order to generate electricity. The wind is used to turn large turbine blades that are attached to large generators that convert the motion into electric power. These very large and tall wind turbines work on the same theory of the old-time windmills that used to dot the countryside and used for grinding grain into flour for food.

Today, huge wind farms can be found throughout the country with high-tension power transmission lines connecting them to the local power grid. While they have gained popularity, there are a couple of downsides that make it unlikely to be able to ever replace fossil fuel by itself. The initial cost of setting up a wind farm is quite substantial and there is not always a constant amount of wind to provide the needed energy. 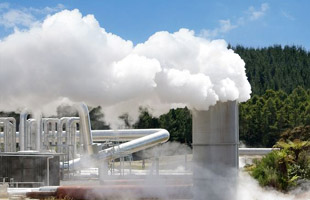 Geothermal energy is a unique type of power source that comes from under the ground. Steam is released through deep cracks in the earth’s crust. The energy produced is extremely environmentally friendly and highly sustainable – however, it is not able to be used in all areas. Geothermal energy plants harness the steam that is released when super-heated rocks come in contact with underground water supplies.

The geothermal power plants use the steam that is released to turn large turbines that generate electricity. For the towns and cities around these geothermal plants, there is enough renewable energy to produce all of what the town or city needs.

Is an extremely plentiful energy source, since it is the most common of all elements. Water is made up of two hydrogen molecules and once the hydrogen is separated from the water, the byproduct is harmless. The hydrogen is then used to fuel power plants, run vehicles, power ships, rockets, and a whole lot more.

The benefits of hydrogen as an energy source is that it is extremely renewable. It also does not emit any dangerous gases into the atmosphere like the burning of fossil fuels does. The downside is that it does take a certain amount of energy to separate the hydrogen from the water in order to use it as a fuel.

Another powerful, all-natural energy source is tidal energy, harnessing the power of high and low tide action of a body of water. A tidal water generator creates electrical power by converting its kinetic energy into electricity. The power is then transmitted over power lines to a substation where it is hooked up to a local power grid or stored in batteries.

The greater the difference between the high tide and the low tidal water will create the most amount of potential energy in a given area around the tidal generator. The greatest benefit of this type of power generator is that it is super renewable and is it virtually limitless in its potential as an environmentally friendly power source.

The concept of creating electricity by harnessing the power of an ocean wave. Ocean waves are influences by the gravity of the moon and therefore it is another virtually endless potential source of energy.

However, there are only a finite number of locations that would potentially benefit from it from a power generation standpoint.

Hydroelectric energy is created by harnessing the power of flowing water through a dam structure. The fast flowing water is funneled through water turbines that turn the motion into electricity. These huge generators are hooked up to an electrical power station which hooks it up to the local power grid. It is extremely environmentally friendly since there are zero emissions to speak of.

Unfortunately, there are massive hidden costs that have eventually will have to be made to its infrastructure. Hydroelectric power has been used for centuries and will likely be used for centuries to come as a safe way to produce electricity.

Biomass energy is the production of electricity using organic material as fuel. Inside the plant material is stored energy in the form of carbohydrates. These carbohydrates were produced by the plant from the sun’s rays and from the water being absorbed in the ground through a process known as photosynthesis.

However, when organic material is burned as fuel it releases the stored water and carbon dioxide into the atmosphere. This is potentially a dangerous situation from an environmental standpoint. It also means that it should not be used in a confined space, this could be a potentially deadly situation.

Biofuel energy is created by the burning of a liquid fuel that is created using a fermentation process that turns plant sugar into ethanol. The other biofuel is known as bio-diesel and it is a combination of diesel fuel and ethanol from sugarcane.

The benefit of using bio-diesel is that it produces nearly 70% less carbon dioxide and therefore it is much cleaner than typical grades of bio-diesel. 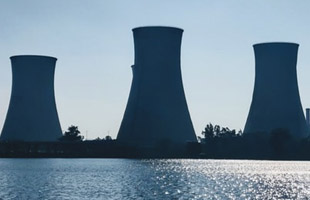 Nuclear power is one of the most misunderstood alternative energy sources. The energy that is created during the reaction process is actually used to super-heat the water which creates massive amounts of steam which powers the huge generators that creates an enormous amount of electricity. The process is known as nuclear fission and it involves splitting the atoms contained in the uranium fuel rods inside a large vessel.

The scariest part of the whole thing is that the waste that is left is highly toxic and unless it is properly disposed of has the potential of causing massive loss of life due to radiation sickness. Scientists have been working on a safe way to dispose of the waste byproducts from the nearly 60 nuclear power plants throughout the country.