Home
/
Articles
/
Fluorescent Light vs. LED Light: Which is Better & Why

Up until recently the majority of interior and exterior lighting consisted of using incandescent style light bulbs. These bulbs have been around mostly unchanged for more than 100 years.

However, recently it was discovered that there are alternative types of bulbs that have proven to be much more efficient at providing sufficient amount of light.

When it comes to finding a suitable replacement bulb for all of your lighting needs there are two distinct options that are currently available; compact fluorescent and LED.

Which one is the best one for your needs will depend on the specific needs that you have and why you want to be able to do with them.

Each one of the two options provides a number of positive benefits over the old guard incandescent bulbs, but there are definitely some differences between them which makes one of them a better option over the other.

The remainder of this article will focus on discussing each of the two alternatives and in the end – you will be able to tell which one would be the best one for your needs. 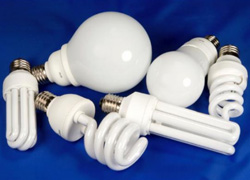 Compact fluorescent bulbs build on the technology that goes into the current fluorescent light tubes that are used in many large work areas. By creating a unique and very distinct twisted tube design which also combines the starting circuitry in the base of the bulb.

Along with that, the power consumption drops off nearly 50% as compared to standard incandescent. 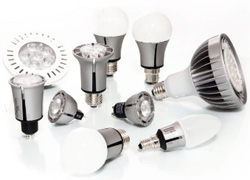 LED or Light Emitting Diodes bulbs produce light instantly when power is turned on. LED bulbs come in a wide range of sizes and shapes depending on the application.

There are generally two different types of LED lights, bulbs and LED chips. Each one shares the overall benefit of being lower over energy cost to run them.

Comparisons by the Numbers

One of biggest advantages that both technologies (Fluorescent and LED light) have over the old incandescent bulbs in that they provide an enormous 10X and 15X longer lifespan.

This in itself was one of the reasons why the government pushed to switch away from incandescent and move toward a much more energy efficient technology. 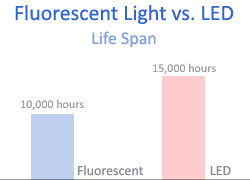 If cost alone is going to be a determining factor than fluorescent light would win hands down.

Since fluorescent lights out on the market for much longer than LED and so it is roughly twice as cheap to run fluorescent bulbs as compared to other lights.

However, when you factor in the lower cost to run LED bulbs, it makes it more acceptable when you know you will be using considerably less power.

Power consumption is the name of the game and this is where the two technologies shine the most against incandescent.

Fluorescent leads the charge to be the replacement bulb and they consumed 1/3 the power at 14 watts as compared to 60 watts to produce the same amount of light or Lumens.

Then came LED is the power consumption drop off again by nearly 50% down to 14 watts. This means you can keep the lights on for long without seeing any marked increase in your energy bill.

Lumens are the measurement of the amount of light that is given off by a light bulb. Both the fluorescent and LED bulbs are capable of producing comparable amounts of light, however, the LED produces it much more efficiently.

The lumen per watt consumption for a fluorescent bulb is 55.4 and for an LED 123.1, so it takes far less power to produce the same amount of light using LED bulbs.

There are a few downsides to each of the technologies are worth mentioning here, the fluorescent light isn’t a full strength when it first turns on, only after a few minutes will it normally achieve full brightness.

The LED on the other hand due to packaging restrictions the light may not always be visible 360-degrees around.

So, you may want to take those two issues into consideration when you are choosing which type of light is best.