Home
/
Articles
/
How long does a TESLA battery last?

How Long Does the Tesla Battery Last

Tesla, Tesla Motors and company founder and CEO Elon Musk has raised the bar when it comes to its all-electric driven car. As with all-electric devices, the power to run it must be delivered by some type of battery module or module.

With that said, the goal of any car maker would be to be able to provide its customers with the best results possible in order to keep them happy. 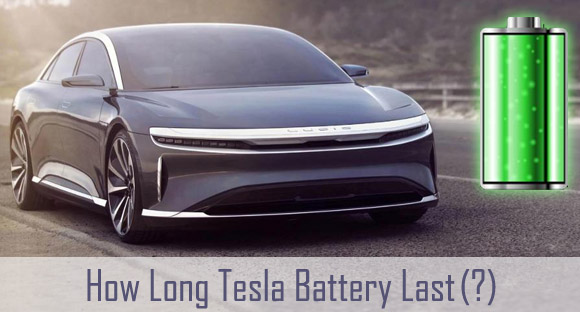 In order to be able to provide its customers who purchase all-electric vehicles from the Tesla Motors division, Tesla, the best results, Tesla actually developed its battery modules in house. That means they were solely responsible for the performance of every one of the batteries that went into the different all-electric model vehicles.

How long does a Tesla Battery module last?

This question is not as simple to answer as one might think and it can actually be looked at in two completely different ways.

You can look at it in terms of a life-cycle and distance of travel between charges. We decided that for this article we will talk about both as they will kind of become intertwined.

The life-cycle of a Tesla Battery module

A rechargeable battery only has a finite amount of usage available and how long they will last is not an exact science. Unfortunately, due to the fact that the Tesla vehicle that the battery module goes into will invariably outlast the initial battery module, it will be necessary to replace the very expensive ($5000.00 to $7000.00)part of the car.

With the cost being so high it is no wonder why a prospective buyer might want to know in advance how long it might be before they would be looking to pay that kind of money.

So, here is the skinny, the actual life-cycle (longevity) of a Tesla battery depends on a number of factors, but as a rule, you should get up to 1500 total recharges of the battery module in any of the three models of the Tesla vehicles currently on the market.

A rechargeable module has what is called degradation of power which over time the distance of travel that the battery will last in miles starts to degrade.

Now, according to published reports and hundreds if not thousands of personal accounts all over the Internet from actual vehicle owners say that they have found that you can expect to replace the battery module in any of the Tesla vehicles between an astonishing 300,000 to 500,000 miles.

How far can you travel on a single charge? 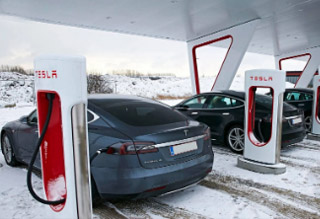 Much like the life-cycle of a Tesla battery, there are a number of factors that can affect the actual range. When it comes to the distance that can be traveled on a single charge Tesla truly has set the bar very high when it comes to delivering the best possible performance numbers.

Not so very long ago the range of a rechargeable battery module was well under 100 miles. This kind of put a heavy restriction on the usages of an all-electric.

That all changed when Tesla Motors announced that it was able to develop a new battery module that would supercharge that number up over 300 miles per full charge.

To be more precise the range of the battery module that goes into each of the three models that are part of the Tesla Motors lineup of all-electric cars; Model 3, S Model and X Model.

Along with spending a lot of resources on creating more powerful rechargeable batteries that are capable of extending the driving range of every charge.

Tesla also was sinking millions of dollars into building an infrastructure of charging and supercharging stations all across the country.

Like so many other manufacturers that offer extended warranties on certain parts of their products, Tesla realizes that an owner would be worried about having to shell out so much money to replace a battery module.

That is one reason why Tesla, offers to cover its modules for up to 8 years against defects and malfunctions.

So, depending on how long you are expecting to drive your new Tesla vehicle before you trade it in on a newer model, you may never have to worry about the unplanned replacement of such a big-ticket item.

However, with the prospect of a battery life somewhere around 300,000 to 500,000 miles should keep anyone from shying away from switching from a gas-guzzling fossil fuel burning car and instead drive a much more efficient vehicle.

Battery module technology has been improving year after year with today’s Tesla battery modules being made much more durable. As Tesla continues the stretch the envelope of the upper end of battery technology, the longer their all-electric vehicles will be able to go.

Thanks to the robust battery modules currently in the three models of cars in the Tesla stable; Model 3, Model, and Model X.

You can easily expect that the battery modules that are being put into today’s Tesla Model 3, Model S, and Model X are going to easily last up to at least the next 8 years.

You rest assured that Elon Musk and his army of engineers and scientists are hard at work trying to come up with the next best innovation in battery technology that could possibly revolutionize the way energy is stored and used.